When You Can't Figure Things Out

“Trust in the Lord with all your heart and lean not on your own understanding;
in all your ways acknowledge him, and he will make your paths straight.”
(Proverbs 3:5-6)

When you can’t figure things out on your, when you don’t know how to address a bad situation, or you are unsure of a choice you are supposed to make, all we can do is trust in the Lord and He will guide our steps.  He will direct us in the right direction, and even if we take the wrong road because we didn’t hear His voice; He will redirect our paths in the future so that we do wind up where we are supposed to be.

I can relate this back to when I met my second husband years ago.  Before I met him I was working for a company where I was laid off.  I had worked there for years and it was like my second family; however, there was a merger and my position was no longer needed.  I thought that was awful and wondered, why would God allow this to happen when I was about to become a single Mom.  I thought I would never be able to afford it on my own with the kids and the thought of dating again, was a terrible thought.  However, I found a new job, received a nice raise shortly after I started and became friends with my future husband, who was also going through a divorce.  Over time, we became very close and relied on each other for support.  After about a year into our relationship, I was fortunate enough to go back to that same company that I loved so much, but in a different position making even more money and had more flexibility.  God took a bad situation and made it so much better. 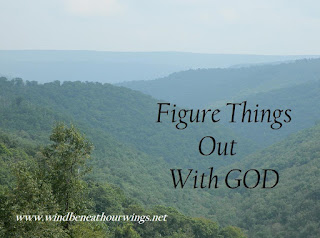 Give your burdens and worries to God and trust that He will make it right.  Ask Him how you should do something; ask Him for a sign; ask Him to help you make the right decision; ask for His guidance toward the right path you should take; ask for Him to bring the right people towards you to aid in your desires.  Then listen to what He has to say; listen to the quiet voice you hear; and recognize the signs He is providing you with.  It could be as simple as message on Facebook directing to you a resource you need, or a thought just pops in your head out nowhere.  When you believe, He will not let you down.  Just realize though even when it doesn’t happen when we expect it to, it doesn’t mean that it won’t happen.  Acknowledge God and give Him thanks for putting the plan together for when it is the right time.  Believe that it is on the way, and He will make it even better!

Posted by Sharon Shabinaw at 7:07 AM

Sharon Shabinaw
Writing has always been a dream of mine and now Mom and I are inspiration for each other. When one slows down, the other moves forward bringing motivation and excitement to the other in hopes of moving forward with making our dream come true. When we both seemed to stall, it was GOD who stepped in and showed us yet another sign of His Will for us! These signs are never ending and we both know that now is our time and we are committed to fulfilling GOD's Will! Everything happens for a reason and we know these reasons have brought us to this point in our lives together!

A Mother And Daughter's Journey 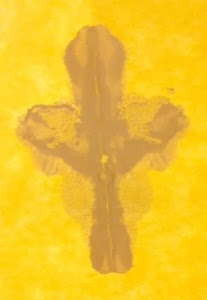 It was the summer of 1980 when I received my first sign from God. Sitting in my office one day, depressed, distraught, and struggling with a life-altering decision, I placed a drop of white-out on a post-it note. When I opened that piece of paper, I couldn't believe my eyes! My sign from God - A Cross! When I held that paper up to the light, I could actually see Jesus! I was immediately overcome with peace and knew that He was in control and everything would work out the way it was supposed to! From that day forward, I knew everything happened for a reason!